Back to Quilts and Aurifil!

This quilt I claimed to have finished ages ago - my snowball quilt!  It  was all about the colour scheme - monochrome and red!  It is quite dramatic... 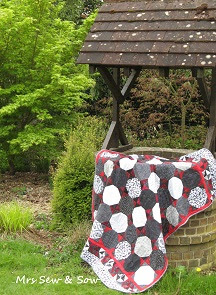 I love this piece of fabric I found with cats on the back but didn't have enough so split it in two,  added some orphan blocks I had made and used up some scraps! Oh and included one small half square triangle in red on the back - I love that! 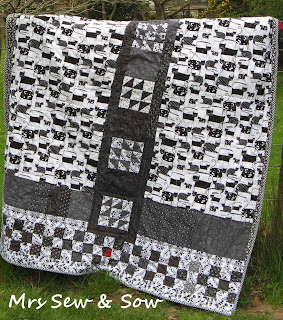 And a checkered binding cut on the bias! 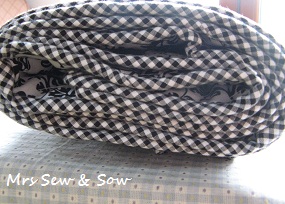 But really I was wanting to either do a snowflake or spiral in the centre of each snowball block but when I finished it off my machine quilting was not up to it!  Though I had managed to stitch in the ditch or almost!

Having practiced and played with FMQ and stitched most days of late I took a big deep breath and launched myself into this quilt yesterday and finished it off!


Ta da!  Complete with spirals in and spirals out again! 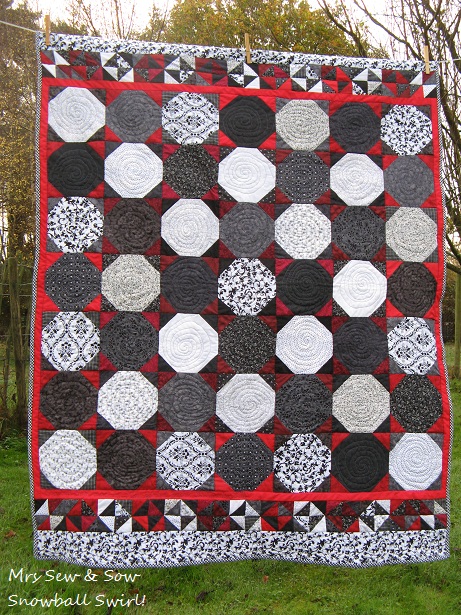 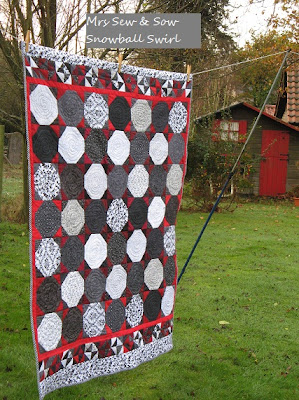 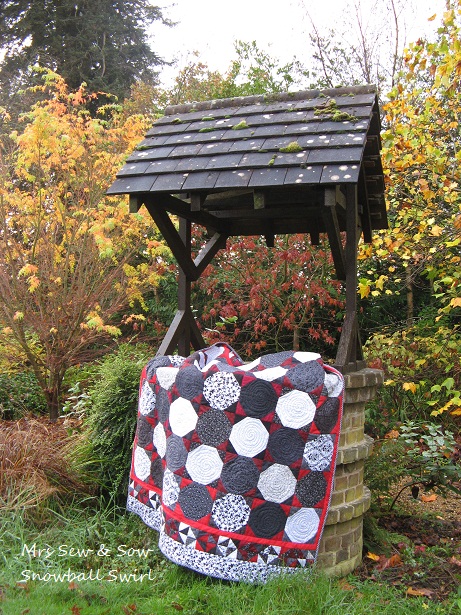 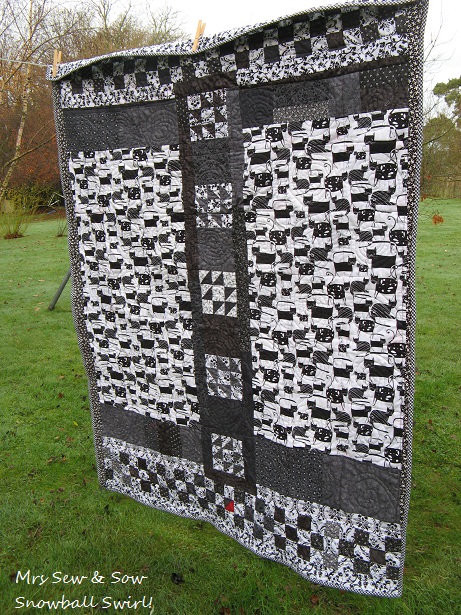 This was one of the first swirls..... 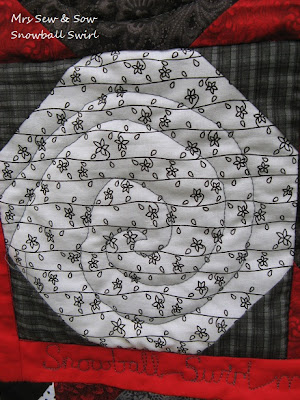 This was one of the last swirls....quite a bit better!  And yes I did mean to reverse the direction - every alternate one! 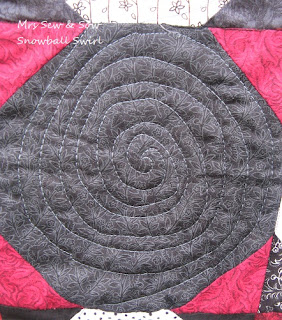 Quite pleased with this - oh yes I know there are many wobbles and sharp points etc but what are those between friends.  This was a chance to practice FMQ on a bigger scale and I am pleased I got to the end.  I also did smaller spirals in the border but think my label is my piece de resistance!

I FMQed it straight on the quilt - no penciling in first of all - though I did a practice on paper how I would join up the words.  Love doing a label like this - high risk I know but the more I do it the better I will get!  It cannot be easily separated from the quilt so hopefully quite secure as well though probably not permitted in a competition. Don't think I need to worry about that though as none of my quilts are competition standard.


I have called it Snowball Swirl - cannot easily change that either!


For the technical geeks among you I used some more of my lovely Aurifil thread 28 weight and this time in a steel grey colour 1158 - have to say I had no tension problems whatsoever - it was a breeze and makes a nicely defined stitch.  In the label - perhaps the biggest test - it is easy to read.  Previously when writing with the machine I have had to go over the writing several times to make it easily legible but with this thicker thread it was not necessary!  I did speed up so the stitches are smaller because that makes the curves curvier I think and the writing more fluid.  Love that Aurifil and am really enjoying playing with it (Big thanks again to Lynne!).  Next I think I will have to test it on raw edge applique...ooh what fun!


.....now where and what is the next quilt???  I think a baby quilt is calling me or actually some overdue blocks for Bee Blessed!