There is a new linky party hosted by the lovely Kat from Diary of a Flutter Kat...   It will let you be a nosey parker legitimately around lots of blogger neighbourhoods so you can find out what it is like where they live. This month it is all about that, introducing your pad, your place, your neck of the woods.


Interested then read on here about me and go check out those other Nosey Parkers...


I am from bonnie Scotland but now live in rural Sussex in a small village which has a tiny school, a church, a village hall, two pubs and two quite large hotels. My children all went to that local school which as of this September ceased to be part of our weekly life as my children have all gone on to the next stage.  Hubby is still involved though as a governor!


The village was famous for a huge garden which opened to the public but it now has a new owner and is closed to us plebs!  The garden was beautiful all year round but particularly in the Spring, the busiest time when bus loads of gardening tourists would arrive to see the colour!

I remember showing someone around when I was pregnant and had to just about crawl out - it's allright going downhill - harder work getting out!


When that very baby was born, my eldest, now 18, I used to carry her in one of those kiddy backpacks round this garden.  There were too many tree roots in the pathways to take the buggy.  Then when the kids were older they used to run ahead and  jump out on me from behind the bushes then run off again giggling!


We live in this house 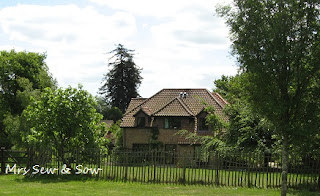 We have a big garden and our neighbours are generally out of earshot.  Houses roundabout are a mixture of detached and semi-detached.


There is a new development being built in the village so you could come and join us!   Here is an impression of what one of the properties will look like... 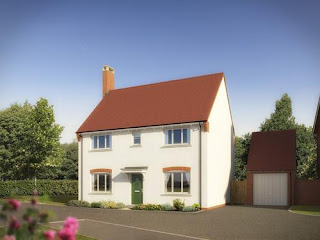 When I'm not inside stitching I go on Mondays to a neighbouring village to go horseriding!  I enjoy a lesson on my friend Jack 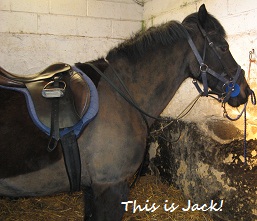 I have also been out on hacks in the nearby forest - though not recently...


Alternatively I enjoy going further afield than the village.  I like to visit this place for lunch which has to include the most delicious carrot cake 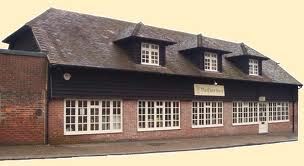 I was there yesterday with my friend Eloise - check out my blog post and you can see inside...


These National Trust properties are also in the surrounding area 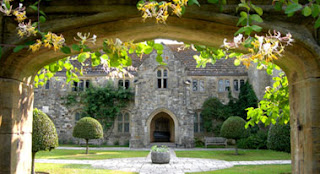 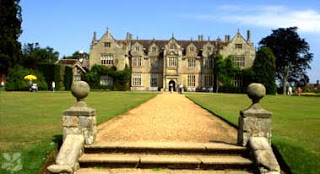 Wakehurst Place - also known as Kew in the country! 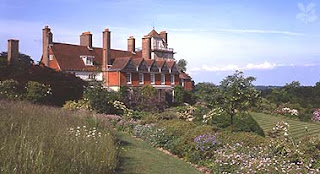 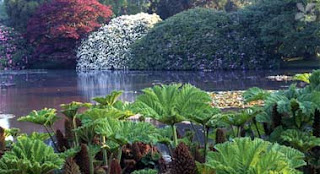 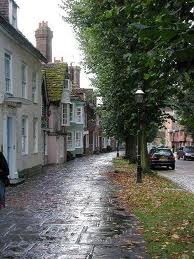 The bandstand - and yes it is used on Saturdays in particular 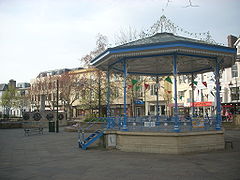 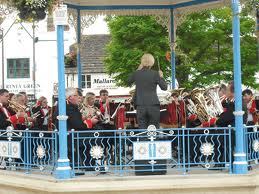 Our famous local son, the poet Percy Bysshe Shelley inspired this controversial fountain.  It is called the Universe Rising and that big ball fills up with water and then releases it all in one gush...when it is working that is! 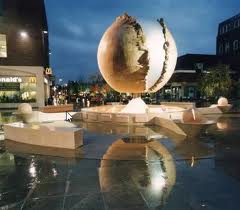 Thanks to Wiki I can tell you it was constructed by sculptor Angela Conner. An extract from Shelley's 1817 poem 'Mont Blanc' appears on a plaque on the sculpture:

The everlasting universe of things
Flows through the mind, and rolls its rapid waves,
Now dark – now glittering – now reflecting gloom –
Now lending splendour, where from secret springs
The source of human thought its tribute brings
Of waters, – with a sound but half its own,
Such as a feeble brook will oft assume
In the wild woods, among the mountains lone,
Where waterfalls around it leap for ever,
Where woods and winds contend, and a vast river
Over its rocks ceaselessly bursts and raves.


Most people in my village depend on the car - had to go to town to teach the kids about traffic lights and crossings.  Lots of four wheel drives around here though the roads are not that bad, it seems to be what people want, just in case they have to drive over the South Downs I guess!


A local delicacy is Sussex Pond Pudding!  This is something I have only seen in a board game my husband has - never eaten it, never made it... 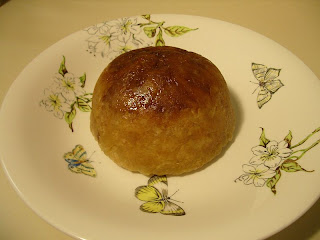 Wiki had this to say


Sussex Pond Pudding is a traditional English pudding believed to originate from the South East county of Sussex. Made of a suet pastry which encases a whole lemon, with butter and sugar, it is boiled or steamed for several hours. [1]


Hmmm!  is that appetising or what??  Think I'll stick to the carrot cake!


So that was just a taste of my local area....now I'm off to visit yours!