Treasures from the Vatican City...

Sorry people but no photos were allowed of the Sistine Chapel - which was amazing though some say less atmospheric now you can see the cleaned up masterpiece by Michelangelo!


I found it lacking in atmosphere due to hundreds of sweaty bodies and the guards shouting no photos every so often - not really like a chapel at all!


The paintings were beautiful and so inspiring for Michelangelo's contemporaries and successors!


But I can share with you some of the many treasures in the Vatican museum.  Do not really know what I was expecting but think British Museum in London and you will be along the right lines... 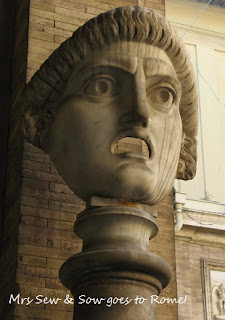 He/she looked a bit cross!  Wonder what words were coming out of that large mouth?  If you have any suggestions let me know! 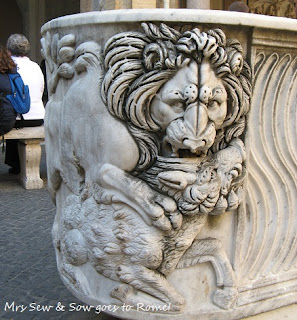 Loved the lion's mane and those sinuous curves - have to admit I was thinking quilting patterns! 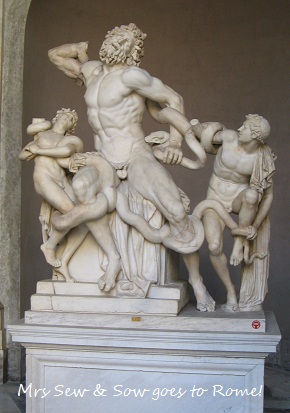 I am sure you all know that this statue is of Laocoön, a Trojan priest, who tried to persuade his fellow Trojans to burn the wooden horse of Troy but had serpents sent after him and his sons to keep them quiet!  He was the one who said "beware of Greeks baring gifts"  It is considered one of the masterpieces of the ancient world for its depiction of the human body.... 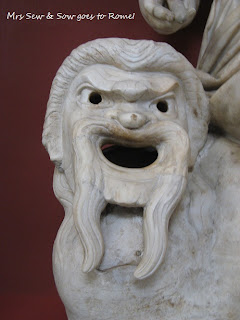 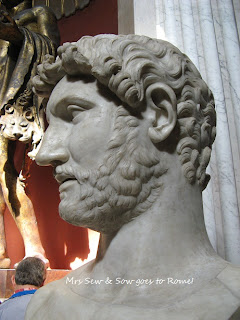 This is supposed to be Emperor Hadrian - the one who conquered large parts of Britain and built the wall to keep us marauding Scots out - sorry plan didn't work - well not longterm anyway! 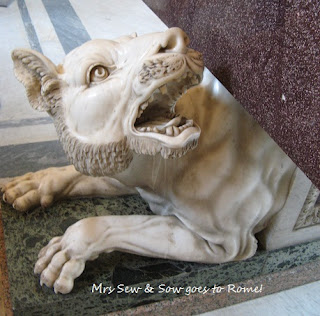 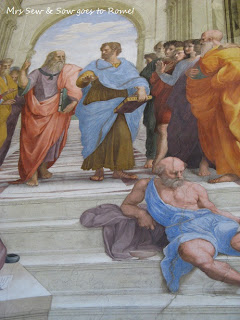 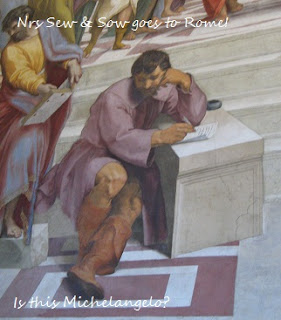 I started off with the Sistine Chapel and end perhaps by showing you a likeness of the great Michelangelo by Raphael!?


Hope you liked this mini tour of the Vatican Museum and some of its exhibits!