Haven't had time to post of late as my sister-in-law has been visiting with her young boys!  Forgot what energy little ones have!  Phew!


Before they arrived I thought I had better tidy up the guest room which doubles as my sewing room.  It did need it!  These were photos I took months ago but the room was in a similar state when I started!  I have posted them before and several of you thought I should clean up.... 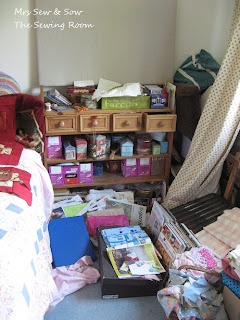 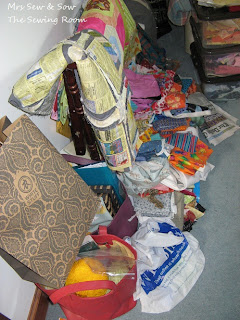 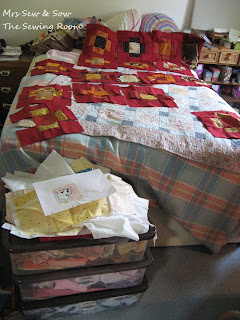 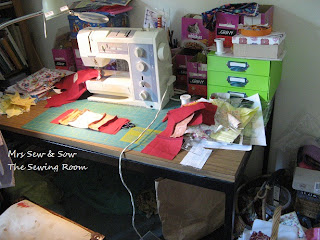 Well at last I have and this is how the guest room looks now..... 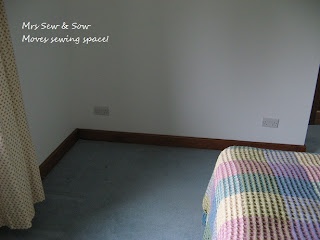 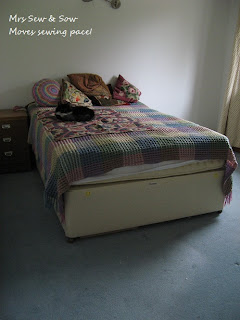 Perhaps a bit too clean??  Well I had been leaving room for a travelcot but my youngest nephew has just moved into a proper bed so shared this large double with his mum!

While thinking of tidying up this room I had an even better idea - hence the lack of any sewing paraphernalia!


I decided to take over the poor abused playroom downstairs which was needing even more tidying and has not been much in use because of all the mess!


I am not completely heartless though as there is still one corner area for my youngest and her Playmobil though territorial battles may well ensue...  (this area is bigger than it looks - honest - I just cannot get in there to take a photo for all the toys on the floor!) 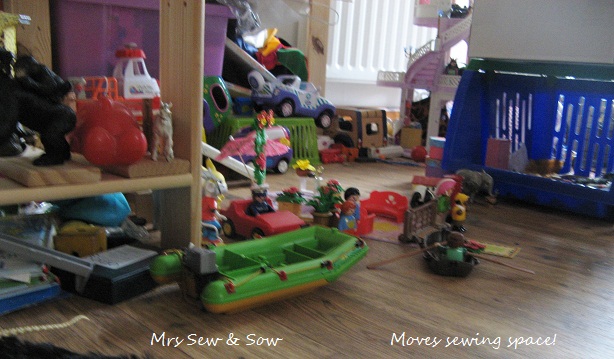 So I ended up tidying two very messy rooms and moving most of my sewing stuff downstairs!  I am feeling very cosy down here now with more space, extra light and a hard floor which will be easier to keep clean as the threads used to stick to the carpet before!


You can see my trusty table, with cutting mat and sewing machine.  And behind are drawers full of rulers, rotary cutters, WIPs.


There are books, jars of buttons, boxes full of scraps!  Vintage baskets of fabric and little projects !  Love those! 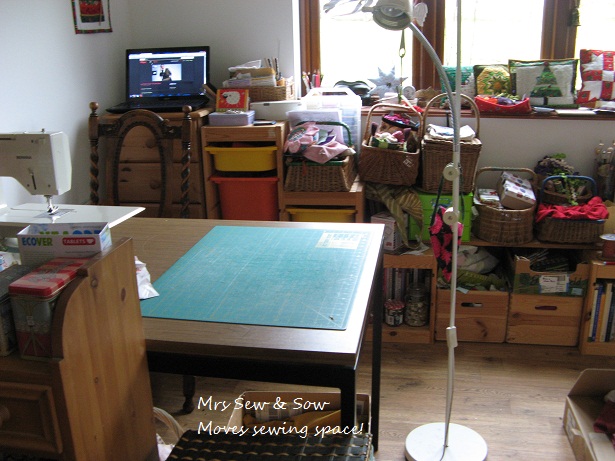 Here you see a lot more books - mainly lace and embroidery ones....and the purple cat food boxes are just the right size for holding patchwork pieces once they have been cut out...it's ok they held pouches of food so are perfectly clean inside! 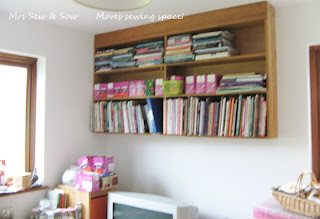 I also have a large built in cupboard ....this is just a corner of it....which is ideal for fabric, part-made quilts, wadding and stuff! 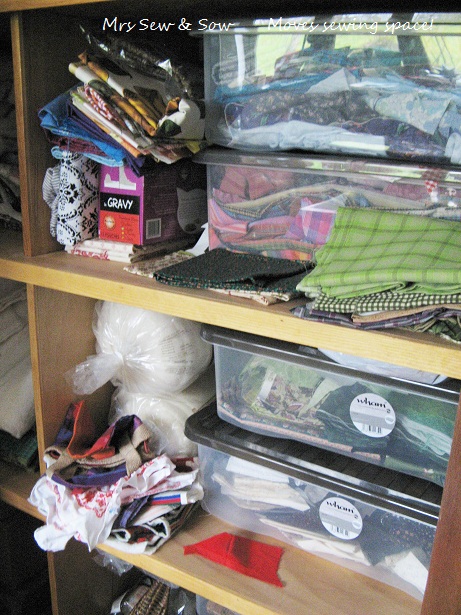 Hoping I can be more productive in here and there is even enough room for a friend - or there will be once I sort out a few more of the toys - time they went to a charity shop or something as they are not being played with anymore!  Think that will be a Work-in-progress for a while! 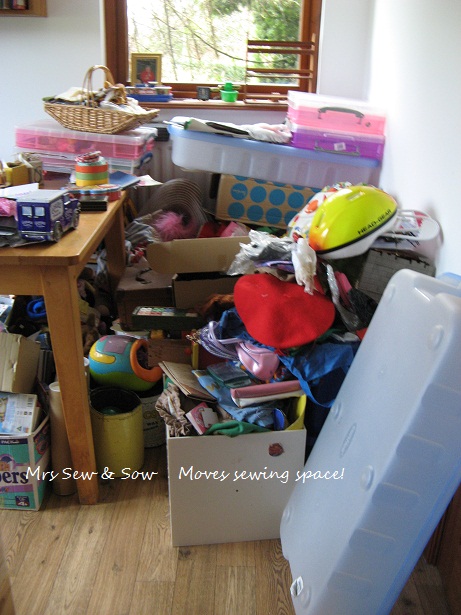 Now I promised a bit of Christmas making....I had the idea some years back of making Christmas bags to wrap presents in as a way out of all the midnight paper wrapping I used to do and to save on the paper.


My intention was to make a few every year until I had enough to help poor old Santa!  or should I say Mrs Claus!  But having started on the project the general feeling was that everyone found tearing paper much more satisfying so I was sort of out voted!


So I have finished a few more that I had started anyway!  They can double as small Christmas cushions/decorations - and next year if I get my way those men in the house who do not like wrapping may use them for their presents instead of getting me to do their wrapping for them!  Maybe need to make some bigger ones...?

And here are the ones I made earlier.....(quoting from Blue Peter and all those other craft-making shows!) 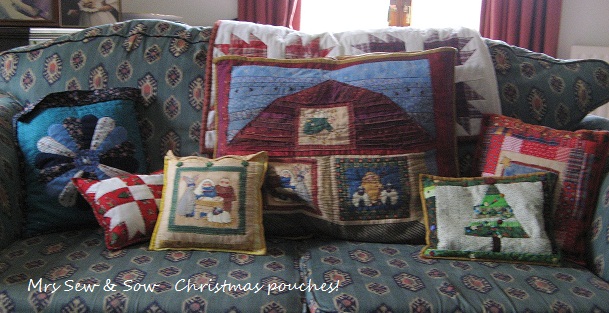 With a few close ups....a paper pieced tree with trimmings 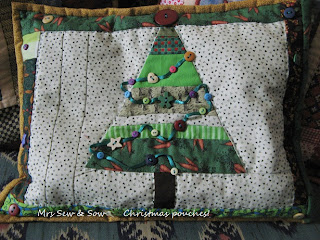 the cross and crown block.... 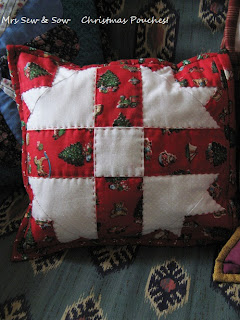 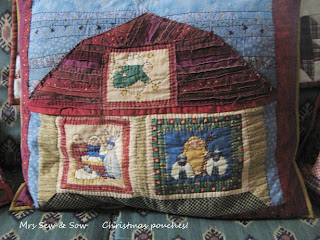 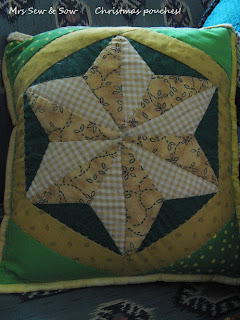 Making them has used up several orphan blocks and has let me try out a few different techniques.  And now that zippers hold no fear for me I can choose between buttons and zips for closing them!   All have blocks on one side and then a printed naive nativity scene on the other!


I have two left to finish unless I decide to make some more...in a larger size perhaps!!?