I started off blogging with about thirteen quilts at the top stage which had become UFOs.  I have been working on them - and other things I confess - steadily and have made good progress.  Largely due to a lot of cheerleading from bloggy friends and some Flickr groups I have joined!

The first group I joined with this aim was called UFO Domination run by Staci, then I looked on as others joined Sarah's Summer Sewing and Winter Stitching - I just wasn't organised  enough to join those ones- but I did join Rhonda's 2012-finish-a-long this January and did well enough in the first two quarters!  And May's Lazy Bums - she told me I had to - hehe!

Well since about July I have been a bit pathetic in the finishing off stakes though I did get a commission quilt finished, and my Hallowe'en quilt done - albeit in November!

So why am I wanting to talk turkey?

Well it was a challenge laid down by Janet in the Lazy Bums group, to tackle a turkey as it was coming up to Thanksgiving in the US! 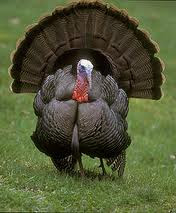 Ok not one of these but a quilt we look at and think why on earth did I start that - what was I thinking??

I am pleased to say that I have been turkey wrangling this month and have finally laid to rest a quilt I am not in love with. 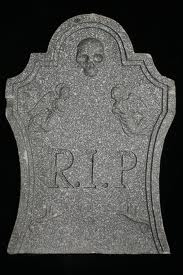 This is a basketweave quilt which I put together in strips in a Quilt as You Go way and just sat there!


My original plan was to showcase my handquilting with lots of detail including a couple  of intertwining leaves and tiny cross-hatching in the background.  Well I only got as far as doing one panel.... 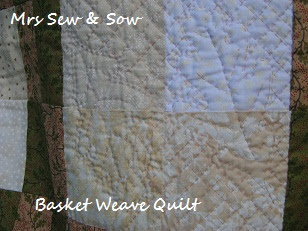 My next idea was to stick to the leaves but in cotton perle - I didn't even finish one panel!

But I have finally finished this quilt with machine quilting. 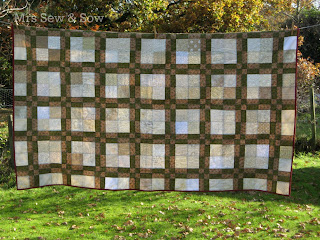 It is now a sampler of quilting patterns - some I like, some I don't.  I don't think that really matters though - it is finished! 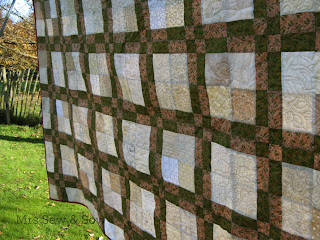 
Love the texture this gives but hated doing it - so tedious!


This was better as there was some variation!


Think these were supposed to be more rounded - but hey !

And my favourite - super fun!

I may still not adore this quilt but I enjoyed attempting the quilting of it and therefore it was finished in a week!  And I am pleased that it is now FINISHED!

My lesson from this is to love what I'm doing .......or love doing it differently!