Catching up on Bees!

I have been a bad bee or hive member!

I have fallen behind in my blocks but I am determined to catch up this week!

The lovely Jen in the Star of Africa Bee has been very patient in waiting for her bee blocks which were due in August/September - right when our puppy arrived on the scene!  I'm afraid sewing took a back seat at that point if only to preserve my carpets and furniture from the ravishes of a wee pup!

Jen wanted blocks of animals from our native country to make a soft book for her children!  My first block was a red squirrel!  That was already late but then I decided I wanted to add a Hamish the Highland bull and a Nessie - two animals I had made in previous months for the Star of Africa bee!

Where had I put my patterns though??

Well I have found them - they were in a safe place - so safe I had to search for  them!  But the blocks are done and will be posted off today!

Hope they don't frighten the children!


Now I am the mama in October/November -  I asked my fabulous bee members for a character from a book, myth, or legend from their country.  I want to have an international library so I am going to frame these blocks so they sit on a bookshelf and each block will be a book on my shelf.  I have also asked for a siggy block to mimic a book spine.

I have only just got around to making my block!  Told you I was bad! 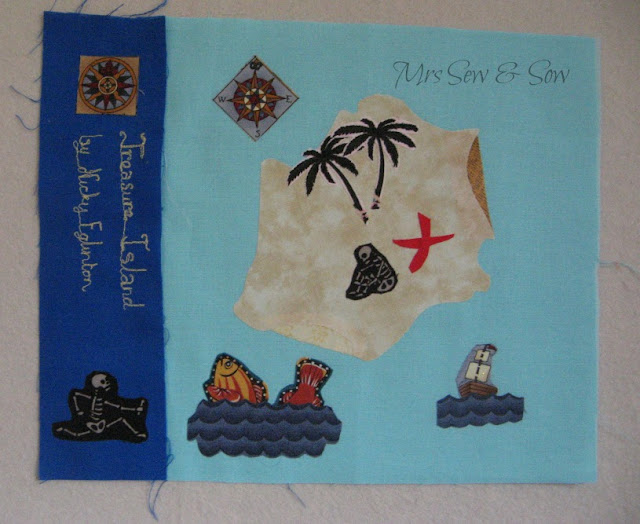 This is of course Treasure Island by Robert Louis Stevenson!  I had toyed with trying to make Long John Silver but took the easy way out and made the map!  I'm sure that is Captain Flint in the island or rather what is left of him.

Sometimes novelty fabric has it's uses and Sheila you will probably recognise a bit of Debbie Mumm here - the ship, the waves, the compass!   Sevenberrys provided the skeletons, the fish is I think Japanese and the palm trees came from a scrap swap I think!

I will add more detail when I quilt it but hope my bee members do not realise that I have totally ducked my challenge and not included a book character at all!  Oops!  I may yet need to do something about Long John Silver after all!

But my bee members are brilliant as so far they have made me ....


The Grinch by Jen! 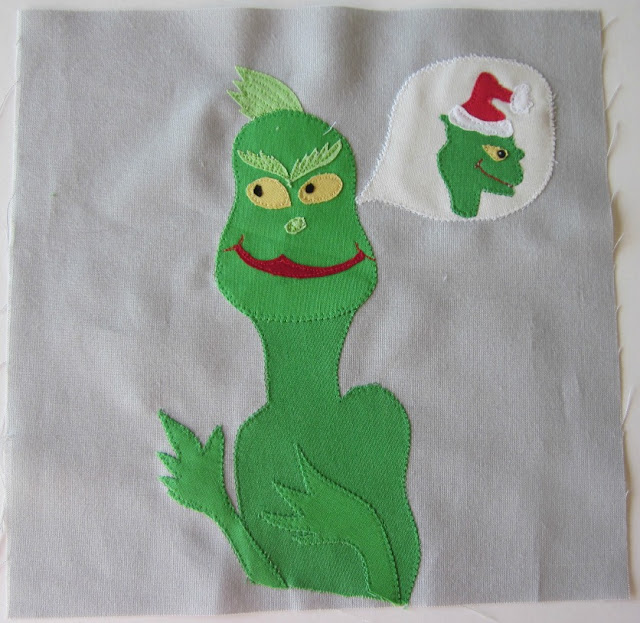 A Stork by Fiona 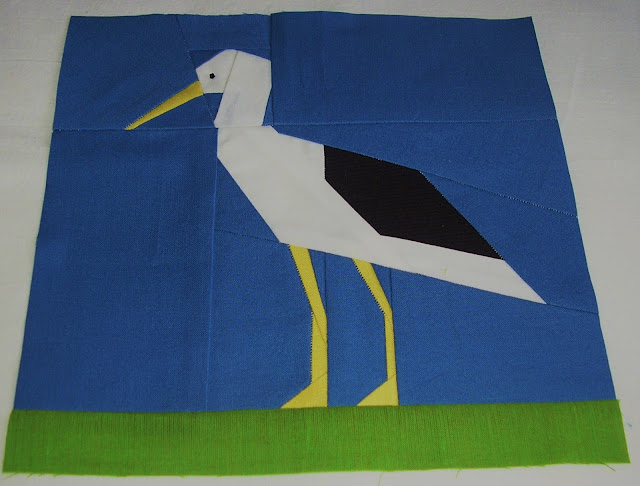 Fiona is a fellow Scot but she is representing Latvia in our round the world bee - why you may ask?  Well because she has lived there for many years but now she is back in the UK!

And Elsie Piddock  - I don't know this book yet - by Janine! 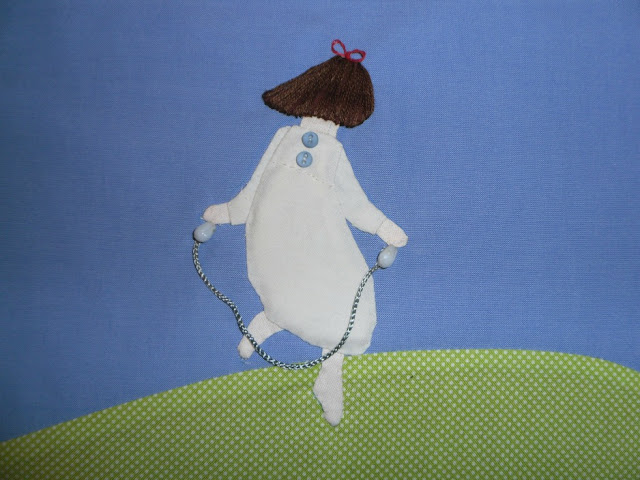 So happy am I, I could skip like Elsie!