My Lazy bum challenge for February was this quilt - affectionately called Big Hexy Balls, for want of a better name! 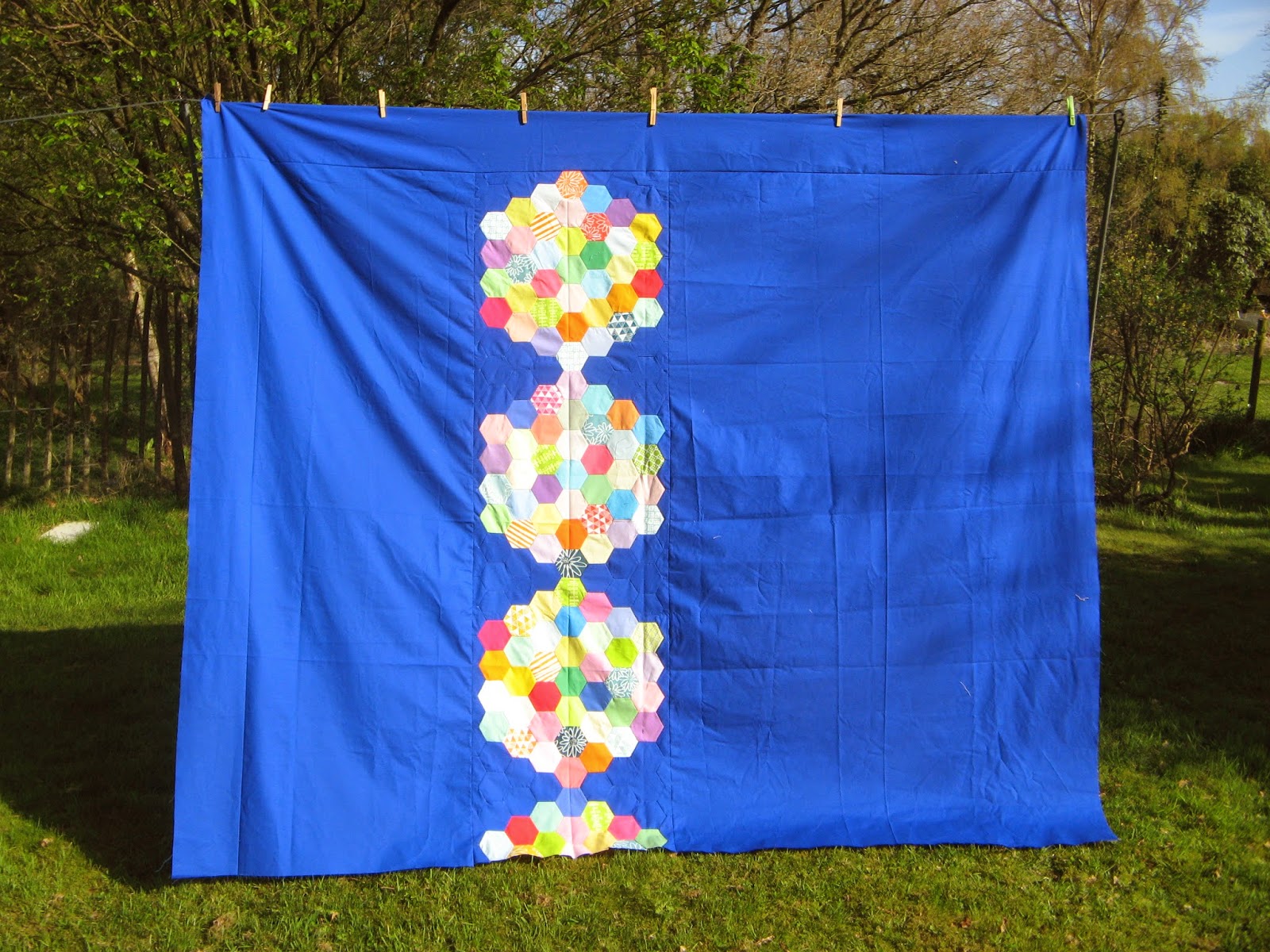 I made some rather large hexy shapes from a few Kona Honeycomb precut packs which I bought at a discount from Simply Solids oh so long ago!   And added a few hexies cut from my then small collection of hand screen prints by Karen Lewis (changed days now). 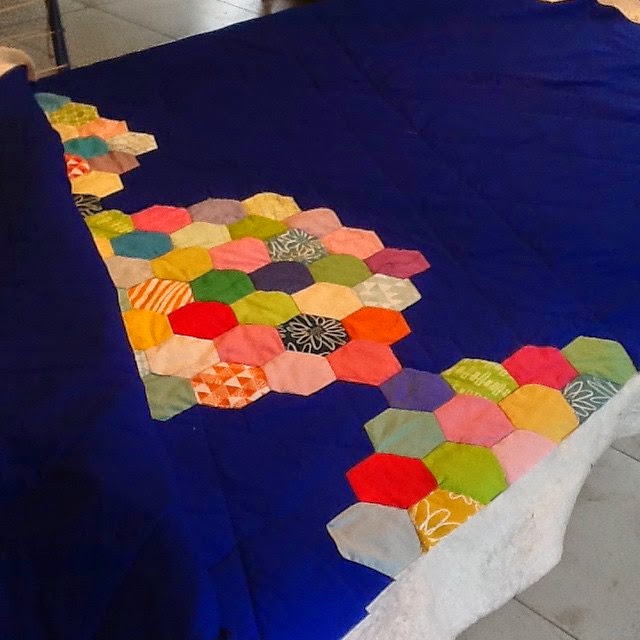 I confess I have been putting off working on it as I had to start by unpicking a whole lot of quilting.  I hadn't pinned it enough and the whole thing shifted so it was never going to lie flat.  In the end the un-quilting only took a couple of hours so why did I put it off for so long?

Well it might have been because I had no other idea of how to quilt it....didn't want to do the same thing as before.

Anyway it was unpicked and I started marking hexagons on it - I quilted hexy frames and filled them with FMQ motifs - several with patterns drawn from the creative mind of Karen Lewis who has gone on to make lots of patterns and I am including her newer designs in my quilting motifs. 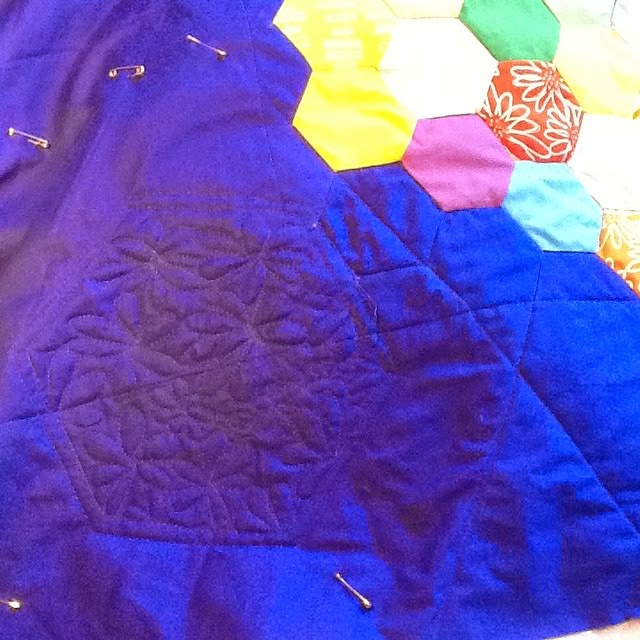 This is my interpretation of Scruffy Daisies! 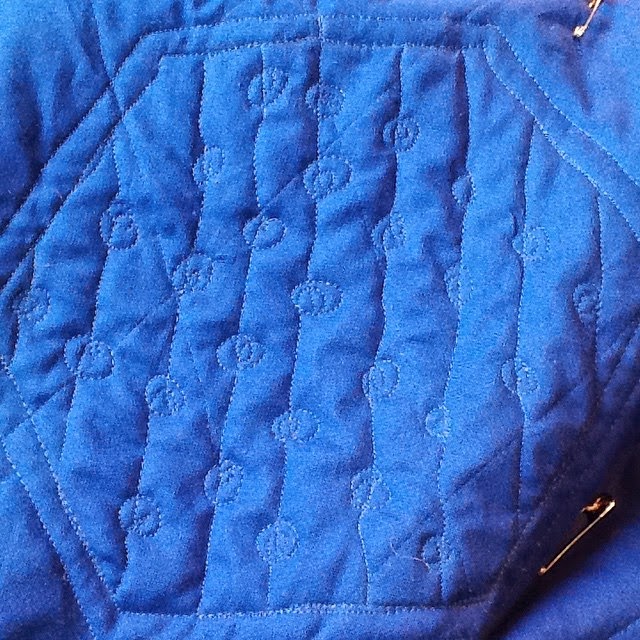 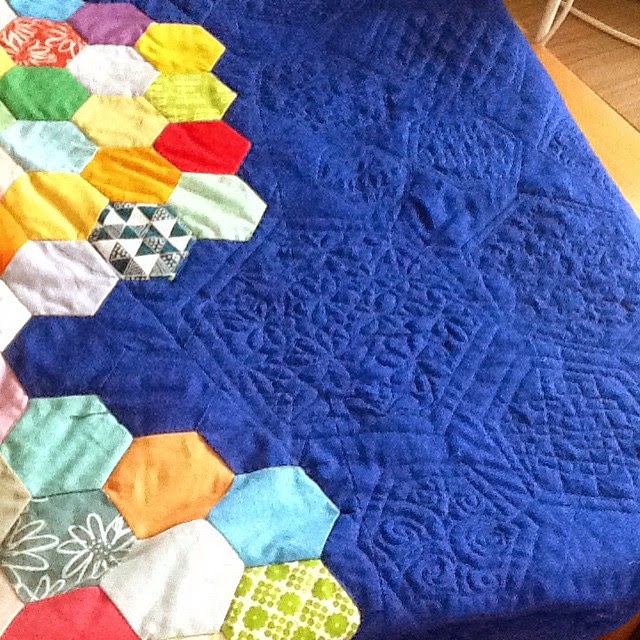 I really wasn't sure if I liked it and was on the cusp of deciding to unpick it all again but it would have been more work to unpick this time around and that sort of perversely kept me going.

I have finished quilting this larger side - almost half the quilt. 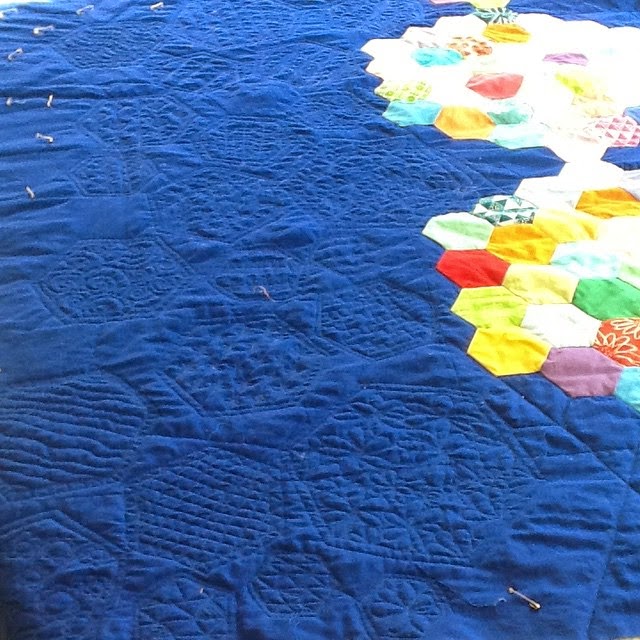 I have now decided I need to quilt the narrower side the same.  The straight line quilting on this side is ok and instead of unpicking it now and pin basting it I am using my quilting as my basting and trying to incorporate as much as I can in my new quilting so I will have less to undo.

Not long till I get this finished I hope ....

As I'm also working now on this one again.... 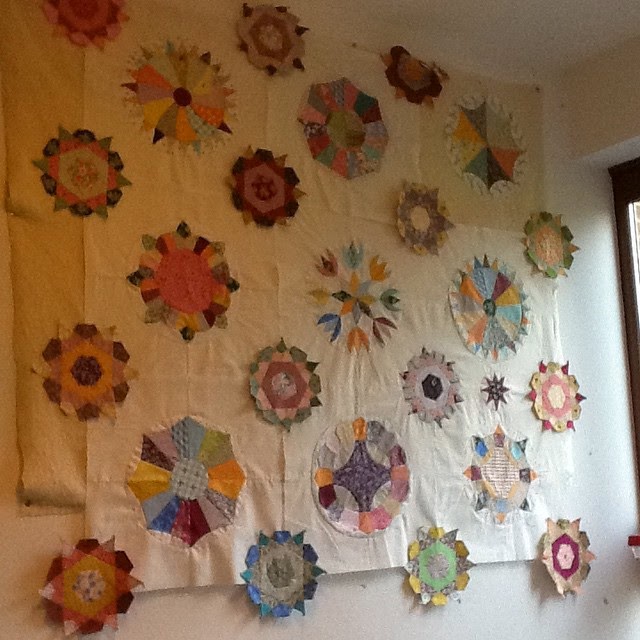 Well it wouldn't do to have nothing up on my design wall would it?
Posted by Nicky at Sunday, March 01, 2015