EDIT:  I am updating this post with the finish!

So I have been busy using scraps this Tuesday - today - if I can call orphan blocks scraps!

I received some hexies from Gayle Brindley and Helen last year to make a quilt for Siblings Together.  I decided to add in one of my own that went with the colour scheme.


To make them stand out more, I decided to make them into stars by adding some co-ordinating solid triangles. 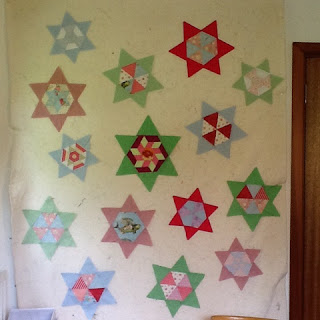 Then I found some fabric which I thought might work as background but my efforts to turn this into a quilt for Siblings Together petered out as we had met our target already for 2015.  Even I run out of steam sometimes!

When I came back to looking at this project I just wasn't confident of my earlier ideas.  Yes it does happen but I knew I would find the right time and idea to move this project on someday!

Well yesterday was the right time!   I just got in there and made those star blocks to begin with.   On occasion I find the whole process overwhelming so I just focus on what my next task is and trust that I can find a way out.

It was quite intimidating working with these hexies as the piecing is much better than my usual standard.   I mean Helen has her stripy fabric lined up perfectly - not even one thread out - and of course all the points meet up exactly! 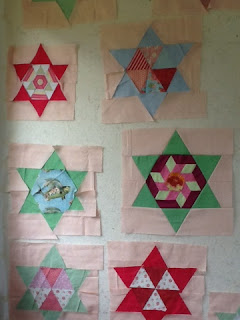 (BTW I think that flying fish from Gayle is hilarious!)

My original plan was to create a random sprinkling of stars but after piecing the stars I doubted that I had enough of my background fabric left and didn't see what else in my stash I could use. 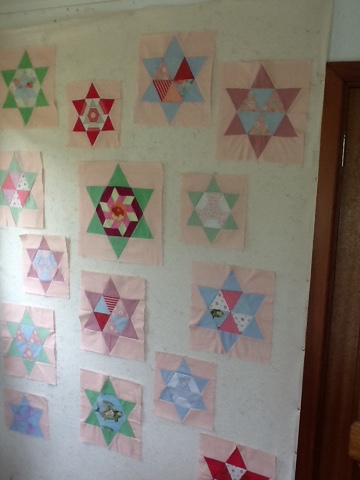 So as I happened to be working on another true scrappy project made with nine patches I tried out a medallion style layout and liked it!

I soon made nine patches to suit the colours in this project, and built them around the hexy star I had made (it was the biggest and the odd one out). 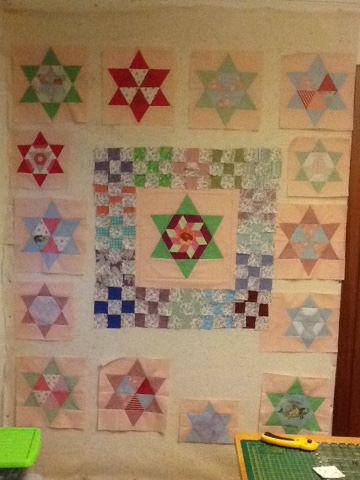 Then I added a narrow solid border and some triangles to the top and bottom as the quilt seemed to want to be a rectangle.  This border was a nice repeat of the triangles in the hexies and the star points. 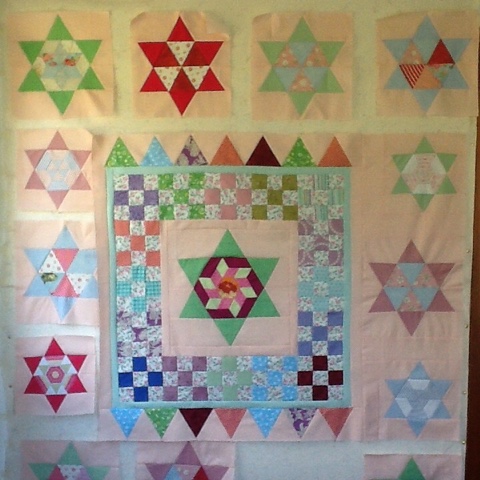 Then after a bit of measuring, cutting and trimming I pieced in the outer star border. 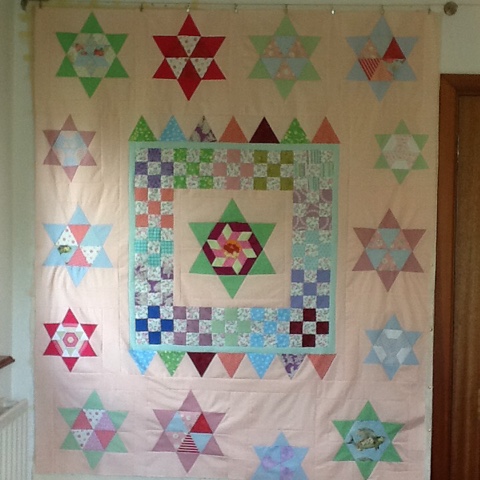 I rather like how it has turned out and I ended up with scraps of that background fabric so I was right not to attempt the random star layout!

And if you are wondering what has happened to that one star which is missing a whole star point in the bottom border - the problem was I lost it somewhere so I thought I'd make a feature out of it!

Sometimes you just have to go with the flow!

And so I took my top and quilted in the ditch and finished off the background with a large stipple.

I then bound it in dark pink - another finish for Siblings Together! 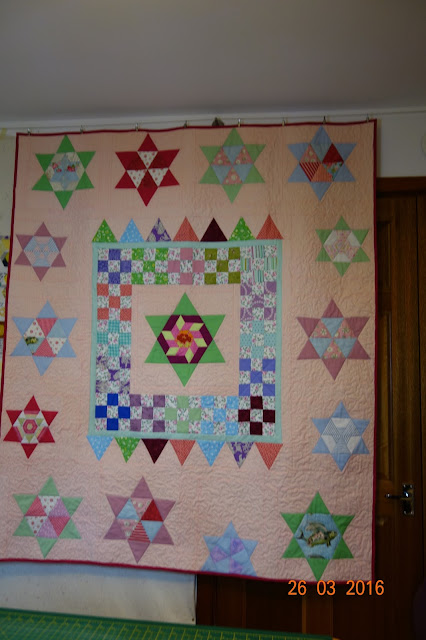 I couldn't have made this quilt without those orphan blocks from Gayle in the States and Helen in N England.  Ladies you inspired me!


For more news about the 100 Quilts for Siblings Together campaign go here!

Linking this finished quilt for Siblings Together to the Link Up as part of the tally towards our 100 quilt target.