Every month therefore I am making 6 blocks plus siggy blocks if required and however many blocks I get around to making for Bee Blessed - it varies!

I fell behind in August when Maddie our payful pup came on the scene and have been playing catch up especially with Christmas in between - this month is no exception!

My block for Janine - star_of_africa_bee - needs a little more stitching and the siggy bit on the butterfly body, was due Nov/Dec.  The stitching is supposed to be reminiscent of Charles Rennie MacIntosh!? 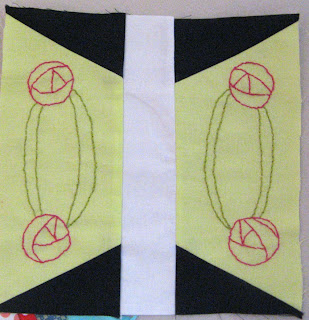 My block for Deborah - Scrappy? Sew bee it! due in December and finished today - a 36 patch!

Only after cutting up my fabrics did I notice one had a directional print so I unpicked the last square of every other row and added it to the beginning or some of the flowers would have been upside down!

I think she asked for bright but this may need some sunglasses!   My first attempt was badly cut and too quiet so I went to the other extreme perhaps? 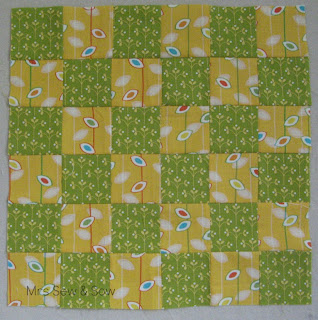 My block for Christiane - same bee due in January - a scrappy Spiderweb block - still got a siggy to do! 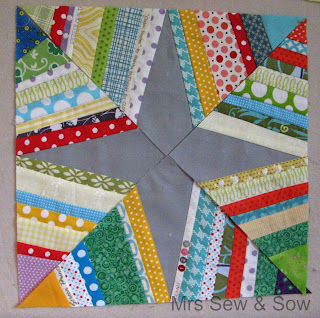 My blocks for Jennie - Modern Stitching Bee - two quatrefoil blocks plus siggy!  I saw on the Flickr group that she liked bicycles so I was happy to provide another one, with elephants!   The orange fabric has little scallops on it and they reminded me of the Ellie ears so they had to go in the block!   And the blue fabric cos of the footballs - I expect they will start riding the bicyles as soon as they finish their game! 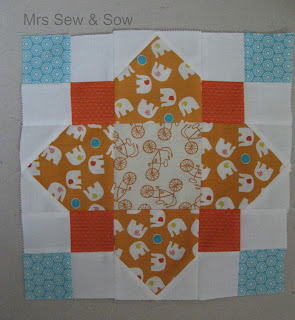 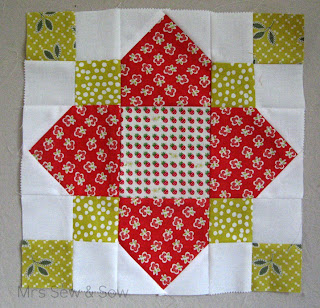 And strawberries bought from the lovely Cindy @ fluffysheepquilting - they are ever so cute and she still has some left!   Go have a look!  Roll on summer I say - can we get it back from the downunder guys do you think?


There are some ladder blocks for Bee Blessed and more to come as I'm clearing out a bit of novelty and Jude doesn't mind she said, as they are making quilts for children!  Win win I say!   No photo of those yet!


And just because I cannot seem to leave my plaids alone, now I have started playing with them, here is a Dresden plate which may or may not get some friends... 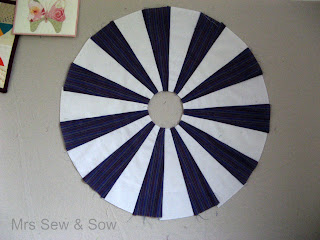 It needs a centre circle!  Actually having tried out lots of fabrics I'm thinking just white might be right!